Are Christians supposed to keep the Mosaic Law?

Is the Old Testament Law of Moses still binding, or has it been replaced in the New Testament by the Law of Christ? 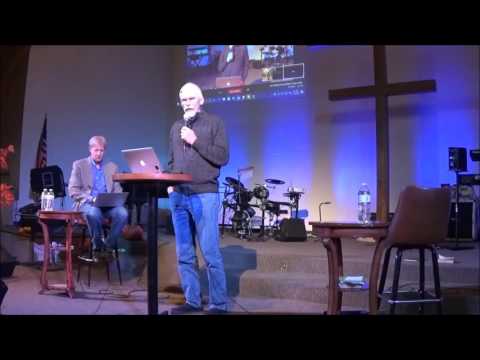 Thank you for that link.

I don't understand how any Christian who has read Paul's letter to the Galatians could believe that Christians should keep the law of Moses.


The apostle Paul wrote:I am astonished that you are so quickly deserting him who called you in the grace of Christ and are turning to a different gospel—not that there is another one, but there are some who trouble you and want to distort the gospel of Christ. But even if we or an angel from heaven should preach to you a gospel contrary to the one we preached to you, let him be accursed. As we have said before, so now I say again: If anyone is preaching to you a gospel contrary to the one you received, let him be accursed. (Galatians 1:6-9)

But when Cephas came to Antioch, I opposed him to his face, because he stood condemned. For before certain men came from James, he was eating with the Gentiles; but when they came he drew back and separated himself, fearing the circumcision party. And the rest of the Jews acted hypocritically along with him, so that even Barnabas was led astray by their hypocrisy. But when I saw that their conduct was not in step with the truth of the gospel, I said to Cephas before them all, “If you, though a Jew, live like a Gentile and not like a Jew, how can you force the Gentiles to live like Jews?” We ourselves are Jews by birth and not Gentile sinners; yet we know that a person is not made righteous by works of the law but through faith in Jesus Christ, so we also have believed in Christ Jesus, in order to be made righteous by faith in Christ and not by works of the law, because by works of the law no one will be made righteous. But if, in our endeavor to be made righteous in Christ, we too were found to be sinners, is Christ then a servant of sin? Certainly not! For if I rebuild what I tore down, I prove myself to be a transgressor. For through the law I died to the law, so that I might live to God. I have been crucified with Christ. It is no longer I who live, but Christ who lives in me. And the life I now live in the flesh I live by faith in the Son of God, who loved me and gave himself for me. I do not nullify the grace of God, for if righteousness were through the law, then Christ died for no purpose. O foolish Galatians! Who has bewitched you? It was before your eyes that Jesus Christ was publicly portrayed as crucified. Let me ask you only this: Did you receive the Spirit by works of the law or by hearing with faith? Are you so foolish? Having begun by the Spirit, are you now being perfected by the flesh? (Gal 2:11-20, 3:1-3)

In 1650, Connecticut applied the law of Moses to their state law. Here are their capital laws—their justification from the law of Moses for putting people to death. Would the keepers of the Mosaic law be agreeable to having that law applied in the legal system today?

Anyone else having difficulty understanding what is said? Lots of echo on the video.
Top

Homer wrote:Anyone else having difficulty understanding what is said? Lots of echo on the video.

The audio system at the site was not conducive to a debate format. You're right, there was "lots of echo" in the auditorium. It was set up more for drums, electric guitars, cymbals, and such.

I have a really cheap laptop with almost no speaker quality at all. I complain about it all the time, as my wife will verify. You may have the same model as mine (computer, that is). When I listen to the debate over my laptop's speakers, it sounds less than not-so-good. But I also have a really cheap pair of earphones, and when I listen through them, the audio is MUCH better. I suggest (if you have a computer like mine) that you listen to the debate through a cheap pair of earphones (like mine). However, even then there is echoing.

One more thing: you'll notice that Steve's voice quality is better than Doug's. But I think that's probably because Steve's argument was correct.

I have uploaded an improved version of the recent debate between Steve Gregg and Doug Hamp concerning The Law of Moses vs. The Law of Christ. The original was difficult to listen to because of the echo-chamber acoustics of the room. The audio of this newer version sounds the same for the first 27 minutes, but then is much better for the remaining 142 minutes (except for a 2 minute relapse at about 39 minutes). If you weren't able to tolerate the audio of the original version, try this one.